Getting in shape is a science. But, while industry experts debate which diet or regimen is most effective, we can all agree that Dean Ween is a model of good health we should all aspire to.  On Sept. 11, 2016, Dean Ween starred in his first video in 16 years for his single “Exercise Man“, directed by the award winning film producer, Monica Hampton.  Starring  Ween bassist Dave Dreiwitz, Meat Puppets guitarist Curt Kirkwood, and drummer Ray Nubian, the video has lots of pointers about how to get into tip top shape! Below are some highlights from the video shoot back in September, but you can catch Dean Ween live at the Brooklyn Bowl January 19th, 2017 with the Dean Ween Group!

Dave Dreiwitz and Ray Kubian getting into their exercise gear! 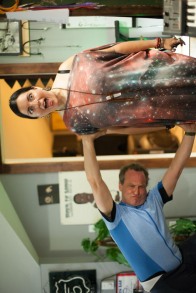 Dave shows off his astounding strength as he bench presses his girlfriend Monica. 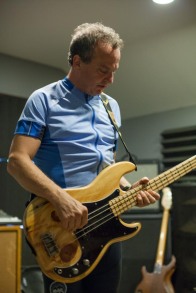 Dave with “The Bad Motherfucker”, a custom bass made for him from Zeke Guitars.

Curt Kirkwood of The Meat Puppets. 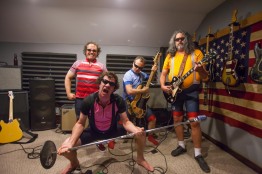 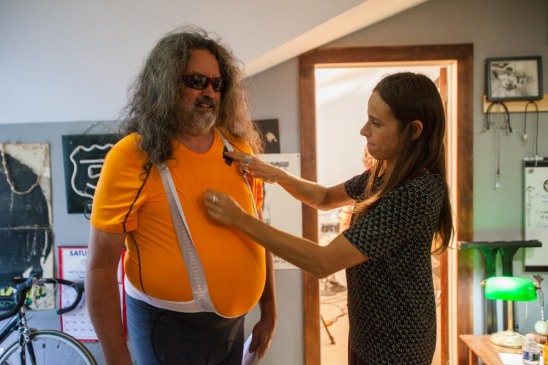 Setting up the studio. 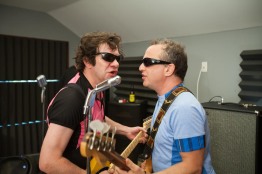 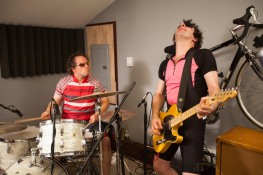 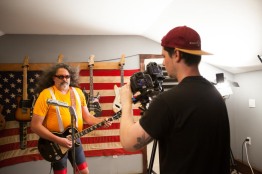 It’s important to replenish lost nutrients after a vigorous work out. Dave Dreiwitz. 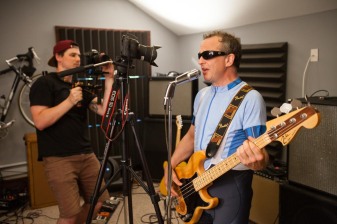 A proper cool down after a long work out is mandatory. Here, Dean Ween shows us how it’s done. 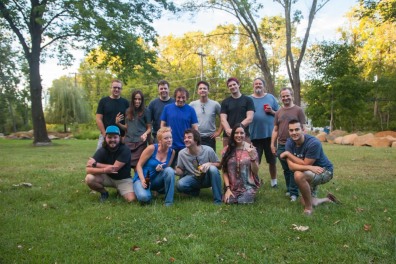