Now that travel restrictions have eased, Americans from across the country have been posting their travel plans all over FaceBook and Twitter about how they are going to fly to Havana. I am really enthralled by the new developments, the travel ban is political segregation that allows both the US and Cuban governments to promote false ideas about who we are to each other. However, I know Americans too well. I am an American. And while I love us, I know that most of you are complete morons when it comes to traveling to another country because you say you want an authentic experience and then complain the whole time because it’s not exactly like where you live and work every day.

You can secretly confess to yourself this is you and in the spirit of the new year take this advice to heart so when you buy your roundtrip ticket to Havana you don’t make Cuba rethink their decision to normalize relations with the US.

The relationship between Cuba and the US is one that is presented in the US media as a black and white issue from both the left and the right perspective. Meaning, that any documentary or film you’ve seen on Cuba is presented as “Fidel is the devil, Cuba is a prison,” or “Fidel is an angel, Cuba is a socialist paradise.” Neither of these are true. Both of these are true. But before you go, really do some research. Even a rudimentary look into the complex and multi-layered history will make your trip worthwhile and make you look like less of a goofball.

Do not expect to find tampons, batteries, aspirin, shampoo, fresh panties, socks, rain ponchos, pens, disc cards for your camera, anything for your camera, shoes, clothes, medicine, books, whatever other things you think you will need. They do have clothes, obviously, but the selection is little, the quality is poor, and the price is expensive. Batteries are probably expired. When I first arrived in Havana to shoot “They Will Be Heard,” a doc on Cuban heavy metal, Jennifer Hernandez and Yando Coy and I walked around for no less than 4 hours going to each “mall” to find a pillow. They didn’t have any pillow for less than $25 dollars and they were used or dirty or flat or whatever. I took to rolling up my jeans or drooling on my arm. One day, I am not exaggerating, I walked around for 4 hours looking for toilet paper. They do have books in the book stores but they are either about the Cuban revolution, by Gabriel Garcia Marquez, or surprisingly, written by Wayne Dyer and in spanish.

Bring tampons, batteries, aspirin, shampoo, fresh panties, socks, rain ponchos, pens, t-shirts, especially band t-shirts, any old digital camera you don’t use anymore preferably with a rechargeable battery, clothes, medicine and books to give away to all the awesome Cuban people you meet. I brought all my cd’s to give away since anything I want I can access digitally.

Joan of Arc was a martyr. You are not. Cubans have endured 50 years of bullying by America and not only have they resisted, they have risen and in very difficult circumstances achieved amazing accomplishments in sports, education, literacy, medicine and culture. The ordinary Cuban deals with difficulties and inconveniences on a daily basis. No one wants to hear you complain about the condition of your hotel room. Many times while filming “They Will Be Heard“, the band was like, “You should make a movie about you trying to make the movie!” I knew that any difficulties or obstacles I was facing were temporary. I knew that I could always leave, I was leaving. And when I did get frustrated or impatient, it was immediately followed by a crushing sense of shame since all the Cubans I was in contact with were always positive and upbeat even though they dealt with water shortages and rolling black outs all the time. Let me put it this way: things are so horrible in Cuba that when members of Escape came to Jersey City, they thought the PATH train was the best thing ever. 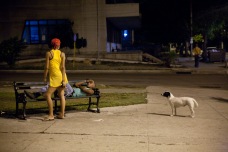 While we all like to have our international love affairs when we travel, Cubans bring it to a whole new level. My first Cuban love was dreamy. He was a bass player for one of the emerging bands at the time, he was spiritual, like rasta spiritual, sensitive, his dreadlocks were perfect…our week long affair wasn’t just a wonderful memory we shared, it was marked by an emotional goodbye at the airport, promises of eternal love, yes, our love would bring down the blockade. Of course I wired him $300 a month later.

Listen, in New York, I’m probably like a four, maybe on a good day a five and a half. This guy was smoking hot. If you find yourself in a hot romance with a severe mismatch, stay focused, Enjoy yourself, but don’t get embroiled in some kind of Cuban romance. You are a walking ticket to financial freedom, a means to get a new color television or visa. Some Cubans, ever practical, aren’t just looking to hook up, they are maximizing how much they can get out of the relationship. These people are called, “jinoteros” or horse jockeys. You are the horse.

On that note, you want to socialize with Cubans. Beers are a dollar. Buy everyone a beer. Cigarettes are a dollar. Share your cigarettes. Cubans will give you whatever they have. No matter who I approached on the street, they would immediately offer whatever they had in their hands to me, a piece a cake, a sip of rum. They are experts in the field of sharing. Be generous.

6. DON’T COMPLAIN ABOUT THE FOOD.

My father left our family when I was 11 years old. My mother basically raised us by herself. She worked all the time. When I came home from school, I had to cook for myself. That’s why, when I ordered a spaghetti dinner and got some spaghetti with melted butter on top with a side of sliced cucumber, it was very familiar to me and brought back all of the abandonment issues I thought I left behind with my EMDR therapy.

When my Cuban friends and I met up with another American in the plaza, we decided to celebrate and we ordered lobster. I always thought there was just one way to make lobster, to boil it. Apparently, there is another way: rubbery and hard to chew. Don’t complain, do not send it back, just plan on having a terrible culinary experience so that if it’s just relatively not tasty, it will seem like a gourmet meal!

On a side note, if dinner is terrible, you always have room for dessert and you can get delicious pastries almost anywhere!

7. NOTHING THERE MAKES SENSE.

Half the time I was shooting in Havana, I was like “Am I understanding you correctly or is my spanish just completely terrible?” When immigration discovered that I was staying at my friend Justo’s house, the lady said, “You better be here at 8 am tomorrow morning!” At 8 am we arrived and no one knew why we were there but we were told to wait. Three hours later some one came to see us.

When I went to the office to renew my visa that the travel guide to Cuba published the year before told me to go to, (an hour away by bus), the guy at that place said, “No, you need to go to the office that is located 5 minutes away from where you are staying!” (Smiling, always smiling. Somehow everyone there is always in a good mood.)

When I finally got my visa from the Cuban Music Institute to film, I was told to get two id photos before going to the office. I got to the office and they said, “Why do you have these photos?”

When you are on a bus coming back from somewhere and the bus breaks down, do not ask how you will get home. Just do what the other Cubans are doing, sitting there waiting. Do not be the only person complaining (American) and yelling out “What’s going on? What’s going on?”

If you are on a bus and the bus driver pulls over to talk to a friend of his, just sit in your seat and wait. Think of Cuba as a big DMV pre-2000. Expect to wait. Expect to be inconvenienced. Bring a Wayne Dyer book to read and practice  your Spanish. 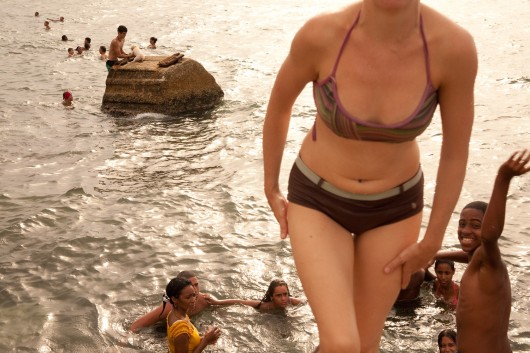 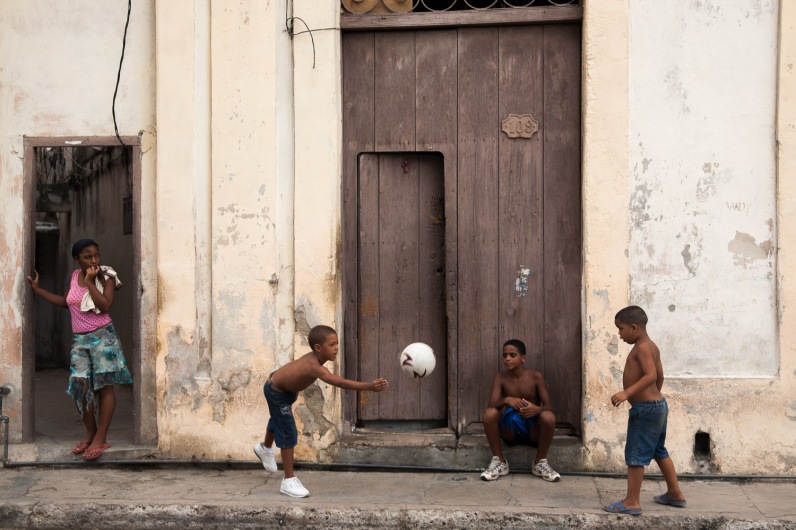 People are posting online that Cuba gives aways condoms for free. This is true. These condoms are for Cubans who don’t have access to every single type of condom in the world in an aisle of their grocery store. Bring your own condoms.

9. JUST UNPLUG FOR THE WEEK.

Don’t bother with trying to instagram or tweet. Just be in the moment. Use the internet sparingly. The internet is very slow and very expensive. Like my friend Michele said, spend less time with FaceBook, and more time with faces and books.

My film, “They Will Be Heard” is mainly about Cuban metal band Escape. But the entire metal scene in Cuba is pretty serious business. Maxim Rock embodies that metal scene which you can read all about in David Peisner’s article, “The Red Menace”. After you shake your ass in salsa class, go bang your head to some Cuban metal!